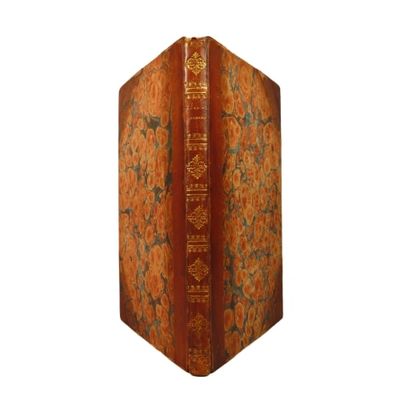 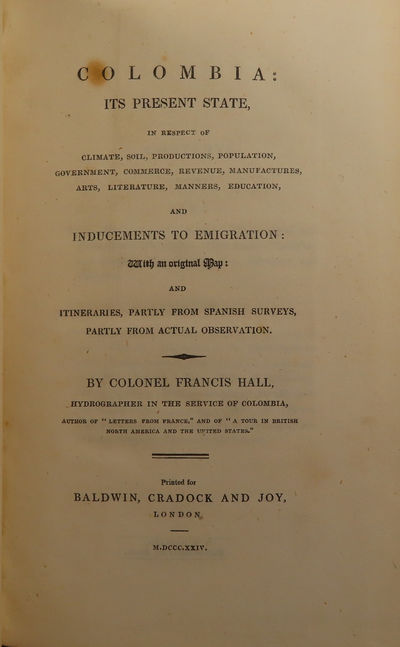 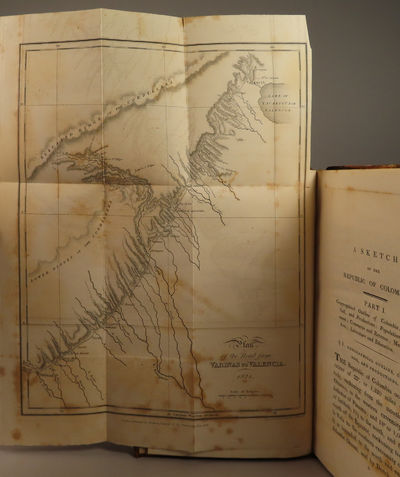 Nice original half calf over marbled boards. Leather at hinges starting but boards firmly attached and inner hinges tight. Folding engraved map of the Road from Varinas to Valencia. As noted as a P.S. "The Plan of Santa Maria and Rio Hacha [which doesn't reappear in later editions] ... has been unavoidably omitted, the original not having arrived from Colombia in time." The 1827 edition would reprint the same apology but omit its "not having from Columbia in time." Sabin 29768;[2],vi,179 pages; All shipments through USPS insured Priority Mail. First Edition.