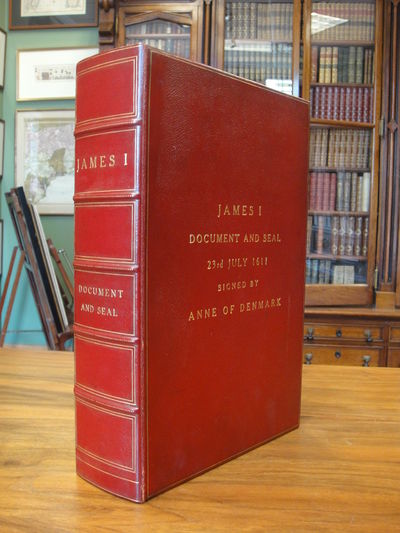 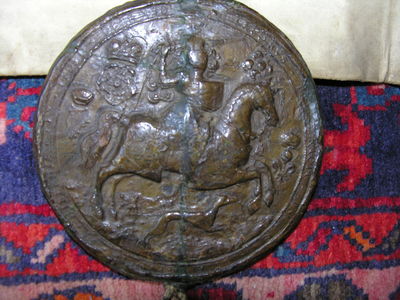 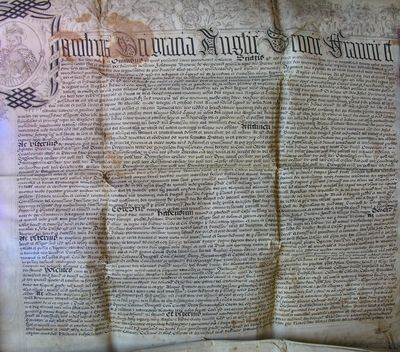 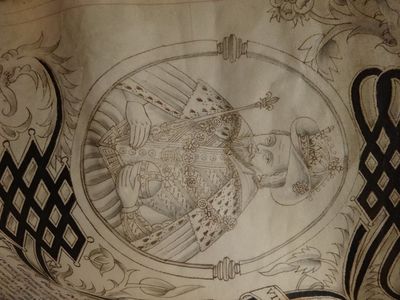 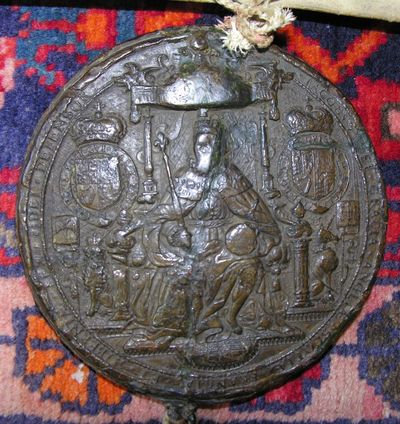 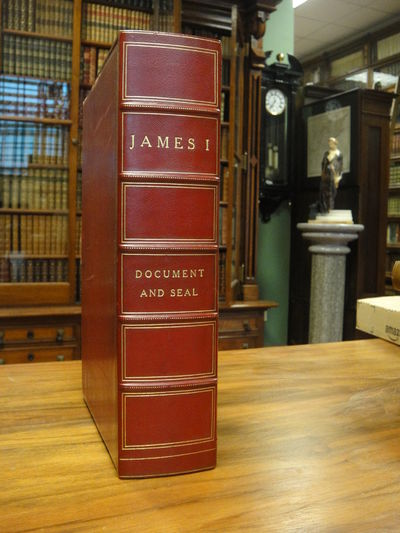 Manuscript conveyance of the Manor of Corrodownan in Ulster, Northern Ireland and all the lands and tenements lying or existing thereon with the stipulation (amongst others) that none of the lands be granted to any Irishmen.

Very Good. 1611. Latin manuscript on vellum with large (6 in diameter) suspended black wax seal of James I of England and autograph of Anne of Denmark dated July 23, 1610, granting title to Corrodownan Manor in County Cavan, Ulster to one John Browne, Gent., of Gorgiemill (near Edinburgh) and his descendants during the Plantation (i.e. colonization) of Ulster under James I, beginning in 1609. The colonists were settled on land confiscated from the Irish inhabitants following the conquest of Ulster (1594-1603) under James's predecessor, Elizabeth I. The Plantation was intended to consolidate royal control of Ulster and repress rebellion by importing a substantial Protestant population. Like John Browne (and, indeed, James himself), many of the new colonists were Scottish. Some of these families went on to form the backbone of the Protestant Ascendancy in the province. John Browne and his heirs, however, were not among them. Sir George Carew, sent by the king in 1611 to report on the progress of the Plantation, noted that "he [Browne] ... sent an agent, who took possession, set the lands to the Irish, returned to Scotland and ... performed nothing." The land was sold in 1613 to another Scottish colonist, Archibald Acheson. Acheson's descendants were raised to the peerage of Ireland in 1806 as Earls of Gosford and still owned the property in the late nineteenth century. The first nineteen lines of the document grant the Scottish Browne the rights and privileges of James's English and Irish citizens. Especially notable are the requirement that the grantee maintain an adequate supply of arms for defense against the king's enemies (lines 77-80), the attempt to encourage the growth of towns (74-76), and the ban on sale of the property to "mere Irish" or to anyone who failed to acknowledge the sovereign as head of the church (thus excluding all Catholics) by swearing the Oath of Supremacy (114-121). See Rev. George Hill, The Conquest of Ireland. An Historical Account of the Plantation of Ulster at the Commencement of the Seventeenth Century, 1608-1620 (Belfast, 1877), 308; idem, Plantation Papers. Containing a Summary Sketch of the Great Ulster Plantation in the Year 1610 (Belfast, 1889), 188-190; F.J. McCaughey, Arvagh. Sources for a Local History (Arvagh, 1998), 16.; Moiré chemise lined with exact recess for seal housed in handsome ruled red morocco clamshell case with gilt title to front cover and raised bands, gilt particulars and decoration to spine; gilt rolled edges. Two leaves 65 x 81 cm; the first illuminated with a portrait of the king. Stain to upper left (see image).; 65 x 81 cm; 1 pages; Signed by Notable Personage, Related; All shipments through USPS insured Priority Mail. .

Title: Manuscript conveyance of the Manor of Corrodownan in Ulster, Northern Ireland and all the lands and tenements lying or existing thereon with the stipulation (amongst others) that none of the lands be granted to any Irishmen.

Manuscript conveyance of the Manor of Corrodownan in Ulster, Northern Ireland and all the lands and tenements lying or existing thereon with the stipulation (amongst others) that none of the lands be granted to any Irishmen.