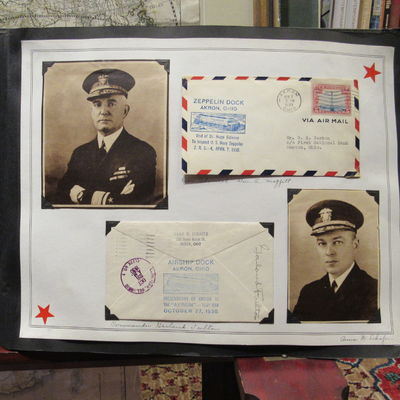 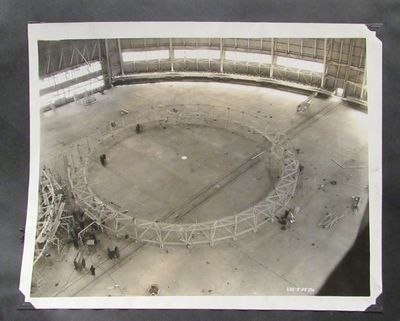 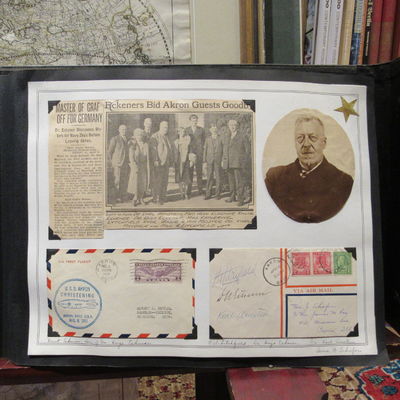 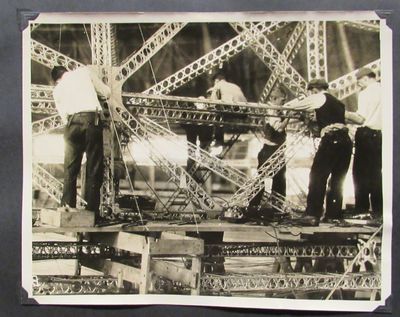 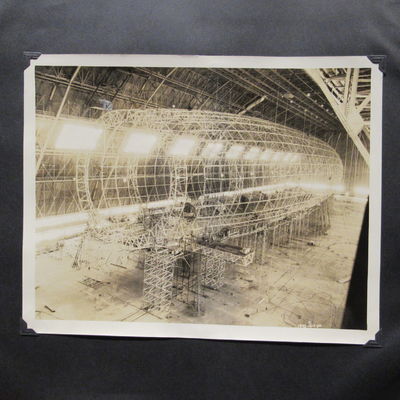 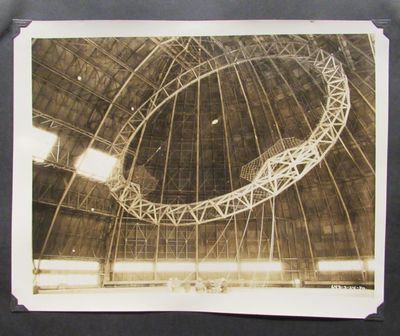 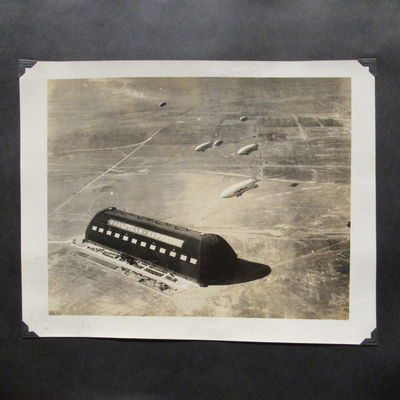 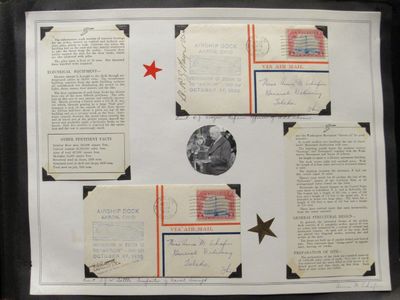 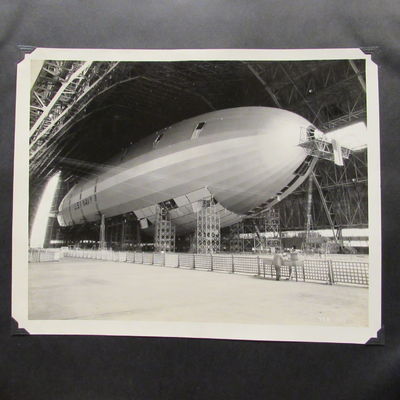 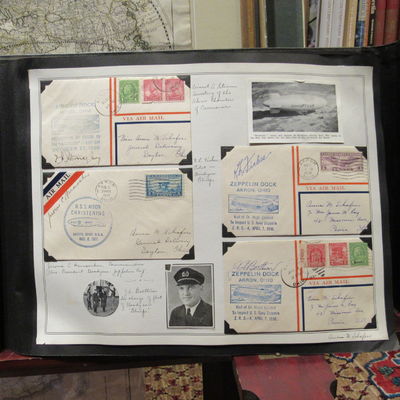 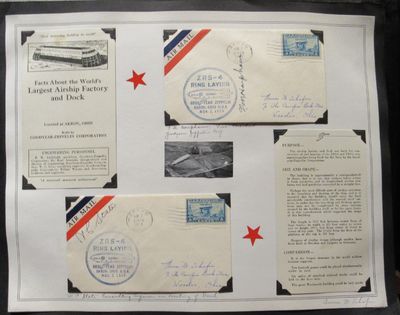 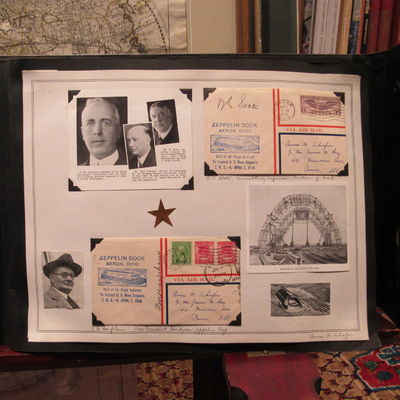 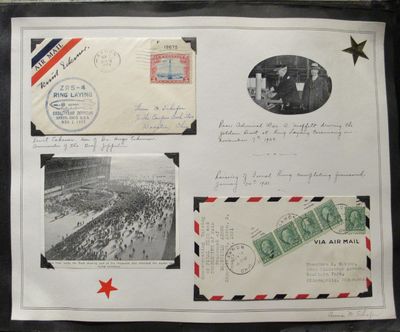 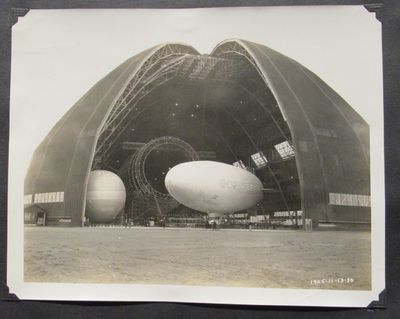 Scrapbook chronicling the rise and fall of the Zeppelin U.S.S. Akron

Large oblong scrapbook chronicling the history of the USS Akron including Red First Award ribbon for Exhibition Cleveland, Ohio September 1932; ZRS-4 Ring Laying Duralumin Medal dated Oct. 31, 1929; 84 Covers most of which are signed by people associated (including Hugo Eckener, P.W. Litchfield, Dr. Karl Arnstein, W.C. Slate, F.M. Harphaun, Liet. George V. Whittle, Dewey and Blanche Noyes (one of the first ten women with a pilot's license), C.V.S. Knox, Charles W. "Speed Holman," William B. Stout and many other figures of the aviation history of this period; thirty 8x10 photographs of the airship, its construction, and ceremonies including an order dated 9-23-31 for the Ground Crew to report at the Dock for the first trial flight, etc. This assemblage is unique inasmuch as its compiler, Anna M. Schafer, was the sister of one of the Akron's attending crew and could thus have her airship covers sent to her from the Zeppelin's various locations. 66 pages

Title: Scrapbook chronicling the rise and fall of the Zeppelin U.S.S. Akron

Scrapbook chronicling the rise and fall of the Zeppelin U.S.S. Akron